A metal tag about 3 times larger in width as a standard US WWII period identification tag, or ‘Dog Tag”. These were used in case a deceased American soldier buried overseas was repatriated for re-burial in a US civilian cemetery, most likely in the hometown of the deceased. This tag was placed on the casket, and is therefor also known as a Casket Tag.

Robert ‘Bob’ T. Strayer was killed in action on March 24 1945 in Germany. However, prior that mission he spent a lot of time in my country, Holland. He stayed at a Dutch family in Broeksittard, about 50km North of Margraten, where he was buried in grave #299 when still a temporary cemetery. Bob was only 19 years old when he died while serving in the 258th Combat Engineers Battalion. 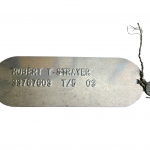 Medical personnel was supposed to fill out an Emergency Medical Tag for each casualty. Just as doctors and nurses do in todays hospitals, it is critical to have the patients’ name and identity n… 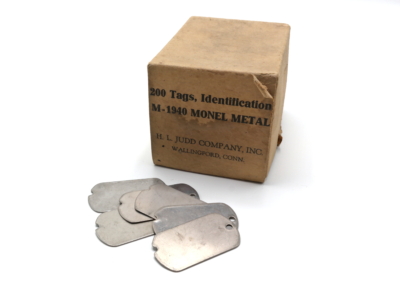 Every American soldier in World War II was issued a set of M-1940 identification tags, or “dog tags”. Embossed on it was information like name, Army Serial Number, tetanus, religion etc. T… 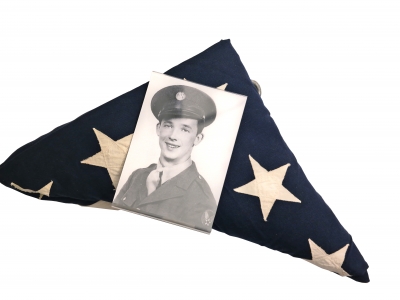 Albert Bergerhofer Jr joined the US Army on September 16 1942 and recieved his personal service number: 17059667. When enlisting at Fort Leavenworth, Kansas he was only 19 years of age. After completi… 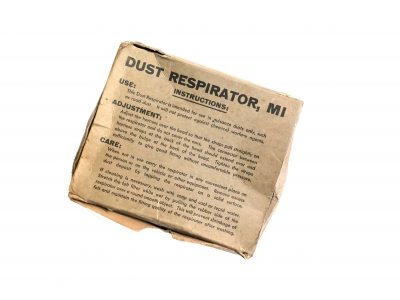 Standard equipment for Graves Registration Service personnel to protect themselves against odors and small particles. Originally, the M-1 dust respirator was issued during WWII to vehicle drivers and … 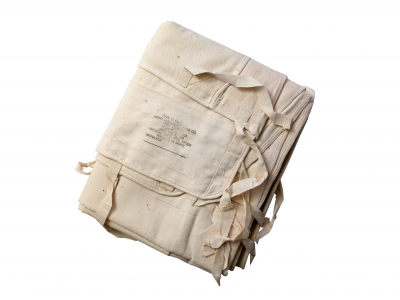 Standard Medical Department white cotton mattrass cover. Obviously used to sleep on in the first place, but in reality these were also used by Graves Registration Service personnel to bury deceased so… 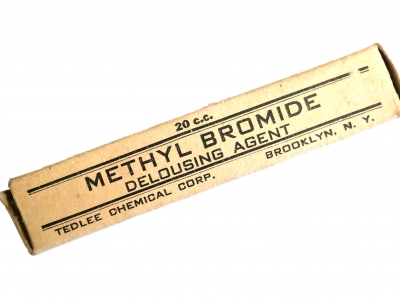 Methyl Bromide is a delousing agent used to disinfect clothing from louse. Used by Graves Registration personnel when handling deceased personnel who had been dead for several days, weeks or even mont…