This completes the set of information sent to the next-of-kin. A letter from the Department of the Army, Office of the Quartermaster General explaining that US Congress authorized the disinternment and final burial of heroic American dead.

It took me quite a while to gather the complete set, but here it is. An original letter including the two pamhplets I wrote about in earlier posts.

This letter was personally signed by Thomas B. Larkin, Major General, The Quartermater General. 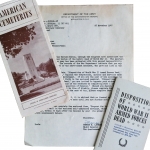 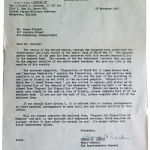 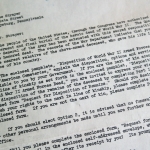 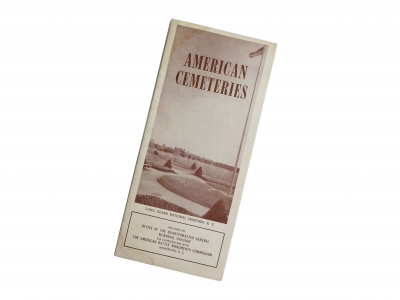 Two pamphlets were sent by the US War Department to next-of-kins in case of a soldier’ death. This is the second pamphlet named “American Cemeteries”. The other pamphlet is titled &#…

This is one of two pamphlets sent between 1946-1948 to all next-of-kins who had loved ones buried in temporary American military cemeteries overseas. The second pamhplet is named ‘American Cemet… 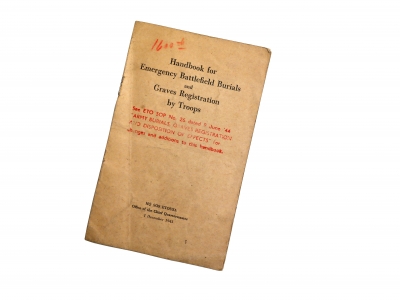 Handbook for Emergency Battlefield Burials and Graves Registration by Troops (1943)

One of the first official publications by the US Government with guidance and information on how to handle the dead. On the front a stamp marking is found to let the reader know there is a new version… 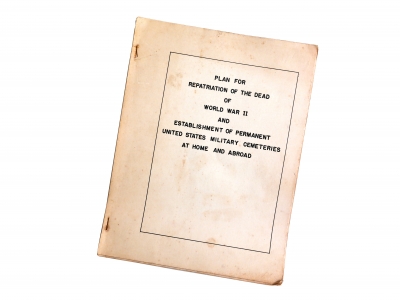 This original 1945 dated book written by the American Graves Registration Command contains the plan on how to arrange definitive cemeteries, both at home in the United States, as abroad on the battlef…

Large (temporary) World War I & II cemeteries document. It is assumed this large document hung in an office of an Graves Registration officer in late WWII, or early post war. It contains all locat… 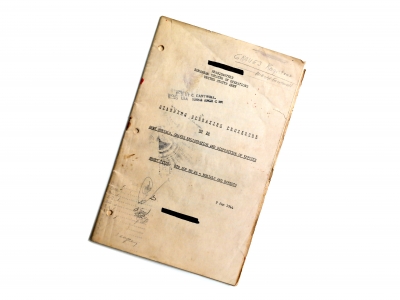 After D-Day and the many allied death following that operation, the Graves Registration units needed better procedures. This is the follow-up manual for the 1943 manual as can be seen here below (Hand…